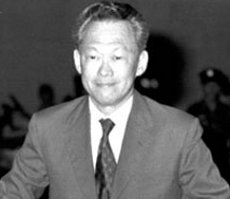 1965 is a political thriller based on and inspired by Lee Kuan Yew’s struggle for the independence of Singapore. Developed by Homerun Pictures, the film stars Tony Leung as the young Lee Kuan Yew. Maggie Cheung is also in the movie. No idea who's she playing but I reckon she's the young Mrs Lee. I think 1965 has the makings of a box office winner.
Email Post