Having participated in 4 Tyranitar raids on Pokemon Go and failed in catching the Tyranitar in each of my attempts, I can tell you that what these two people accomplished is unbelievable. My raids involved at least 10 other Pokemon Go trainers. With that many trainers, taking down the Tyranitar Raid Boss is easy but catching it is almost impossible. This guy in the video caught the Tyranitar with only his first throw which is one great Curveball and a Pinap Berry!

Update: Surprise, surprise! Just caught Tyranitar in my 5th attempt at a Tyranitar raid. There were 15 of us at the raid so beating Tyranitar is easy with the numbers we had. After the raid, I threw 4 balls with a combination of the different types of berries I had, before I finally caught the damn mon. And now I even have enough candies to evolve my Pupitar into another Tyranitar. What a good day! 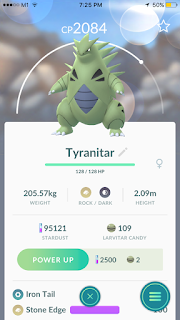 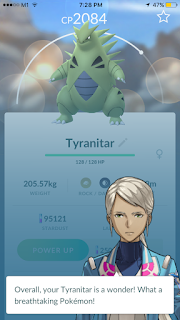