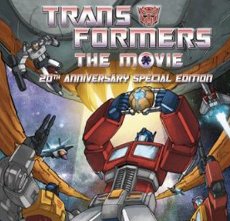 The 1986 Transformers animated feature film is one of my favourite cartoon movies of all time. Some dudes have made available a scan of a draft of the movie script dated 4/27/1985. It's an awesome read for any Transformers fan. There are differences in the early draft and the final movie and yes, it's all Hotrod's fault but I still love him.
Email Post