It's Nomination Day in S'pore and I'm on Channel News Asia! 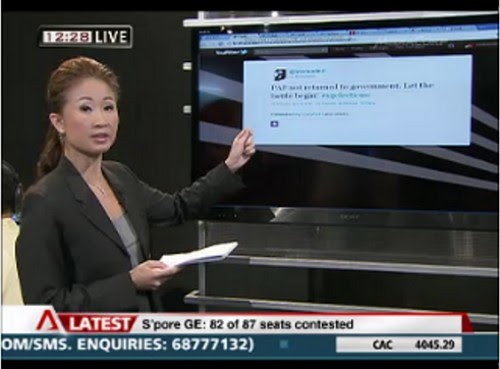 My tweet: "PAP not returned to government. Let the battle begin!" was on national TV just a few minutes ago thanks to Channel News Asia! The tweet was in response to news that majority of the seats at this year's General Election will be contested by opposition parties.

Yes, it is Nomination Day today in Singapore. Biggest news has to be Worker's Party sending their Dream Team to Aljunied GRC to battle it out with PAP. I can't wait for the battle royale. Welcome to my GRC, Worker's Party Dream Team! And to my fellow residents at Aljunied GRC, vote wisely!