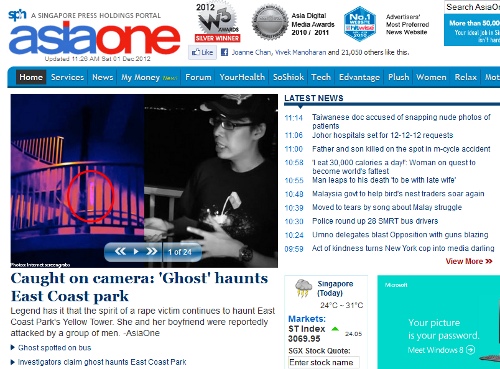 Look who's on the front page of AsiaOne on Saturday? Me! The new episode of Singapore Haunted is getting some good media coverage. In Singapore Haunted Yellow Tower Revisited Special, I sent the team back to the Yellow Tower at East Coast Park to gather more evidence of the ghost of the girl that was gang raped and murdered there many years ago.

Here's the AsiaOne report: "According to Singapore Haunted, a voice said 'Home' when investigators asked the entity why she didn't leave the place. The entity also replied 'Young' when asked how old she was when she died at the tower." 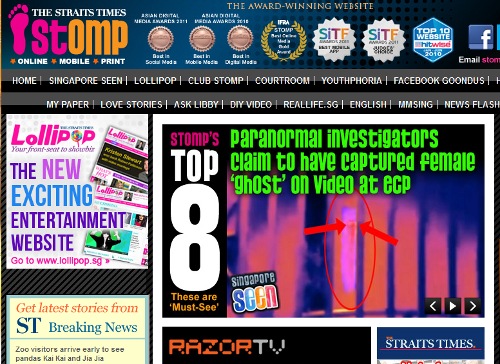 Yes, we're on the front page of Stomp too! Read the Stomp report here: "A team of local paranormal investigators claims to have captured the thermal image of a ghostly figure which is said to haunt the Yellow Tower at East Coast Park... The team from Singapore Haunted, a popular web TV series featuring a group of paranormal investigators exploring some of the most haunted locations in the country."

The episode is also featured on Vietnam's popular news portal 24h and The Kuala Lumpur Post.