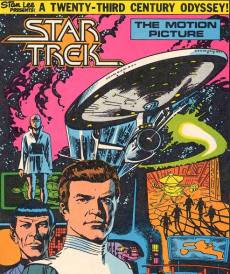 Marvel Comics Super Special was a series of one-off comic books published by Marvel Comics from 1977 to 1985. In 1979, for their issue number 15, Marvel did a comic adaptation of the first Star Trek motion picture, which some say is better than the actual movie itself. Scans of the comic here.