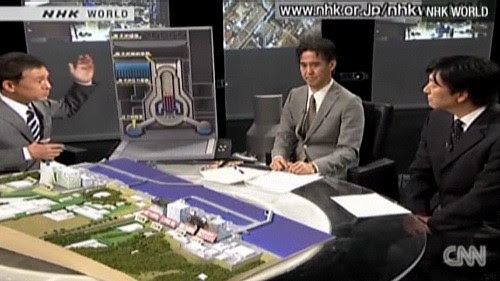 Last night, Japanese broadcaster NHK unveiled a diorama of the damaged Japanese nuclear plant. They are using the miniature model as part of their news presentation. I have screenshots here. 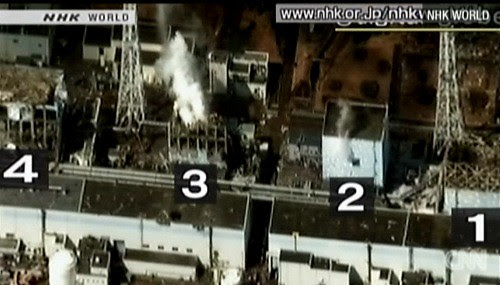 This is an actual satellite image of the nuclear plant. You can clearly see the damaged buildings. Now let's take a look at NHK's diorama. 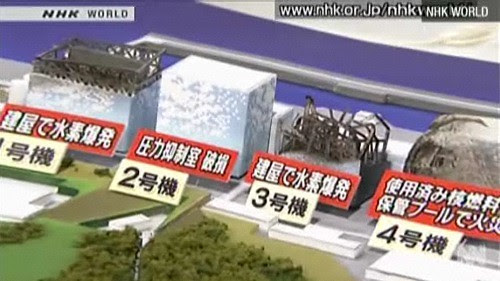 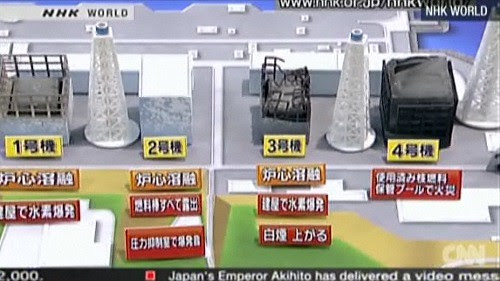 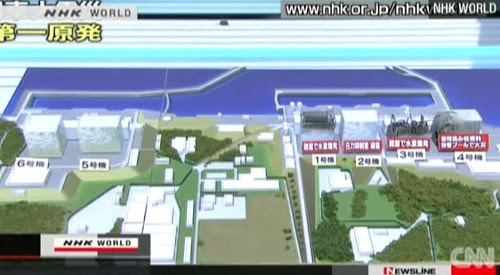 Here's a wider shot of the entire site. And closeups of the individual buildings that house the reactors below. 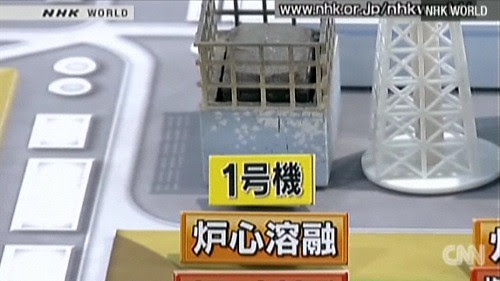 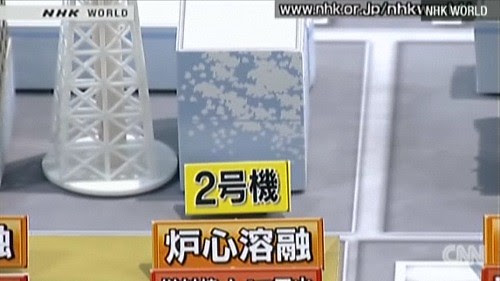 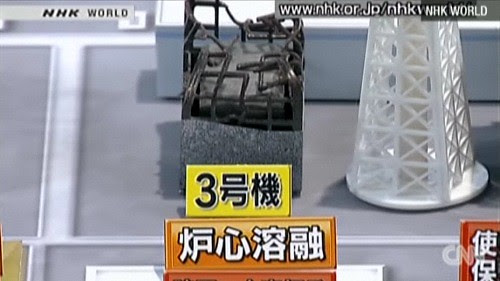 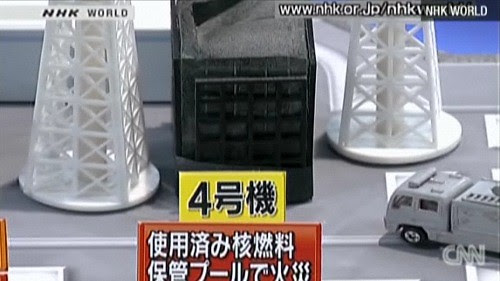 Update: This was shown just seconds ago on NHK. They have updated their diorama of the nuclear station with a helicopter dumping water at reactor number 3 and a couple of fire engines waiting for their turn to spray water! 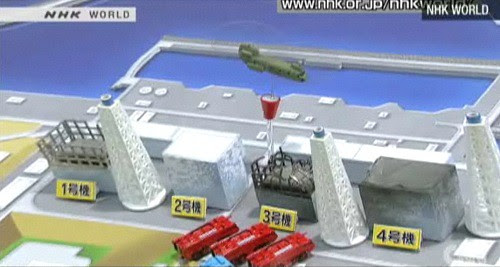 Latest Update: NHK has updated their diorama of the damaged Japanese nuclear station with a pile of debris blocking a road! You can also watch a video here.

Simon said…
These things on NHK really are great - they take so much detail in!
17.3.11