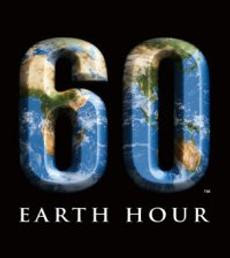 Don't forget to switch off your lights for an hour tonight starting from 8pm. You will join millions of people from cities across the world in supporting the Earth Hour 2008 campaign by World Wildlife Fund. This will send a powerful global message that collectively, we can take action on global warming.

Just look at what people in Sydney accomplished on 31 March last year. 2.2 million people and 2100 Sydney businesses turned off their lights for one hour. This massive collective effort reduced Sydney’s energy consumption by 10.2% for one hour, which is the equivalent effect of taking 48,000 cars off the road for one hour!

With Sydney icons like the Harbour Bridge and Opera House turning their lights off, and unique events such as weddings by candlelight, the world took notice. Inspired by the collective effort of millions of Sydneysiders, many major global cities are joining Earth Hour in 2008, turning a symbolic event into a global movement.

Earth Hour in Singapore is organised by the Environmental Challenge Organisation and it aims to reach out to individuals, schools and corporates, spreading the word of Earth Hour to all. Currently, there are about 7 grassroots activities to support Earth Hour in Singapore, ranging from stargazing to movie screening. Check out their blog to find out more and take part in the activities that will take place tonight.
Email Post