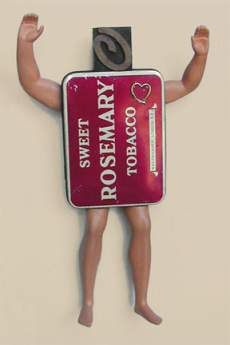 This is Eddy: "It was Eddy's first day on the beach with his new tattoo. Volleyball practice was probably not the best time for its debut. The guys were already teasing him and Rosemary would be walking by soon. Maybe he shouldn't have insisted on such large letters for her name, but at the time, he thought it would show his intentions better than the words he always managed to fumble..." Eddy is a Dada Doll, created almost entirely of recycled elements. Meet him and other Dada Dolls here.
Email Post