The first made in Singapore game for Nintendo DS 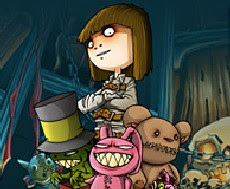 Mikoishi Studio, a Singapore-based developer has just announced that its new game Dropcast will be shipping to Japan by year's end. Dropcast is the first made in Singapore game for the Nintendo DS. It supports four-player local competitions with a single card, as well as four-player matches online. There are three multiplayer battle modes and four single-player modes to choose from.
Email Post